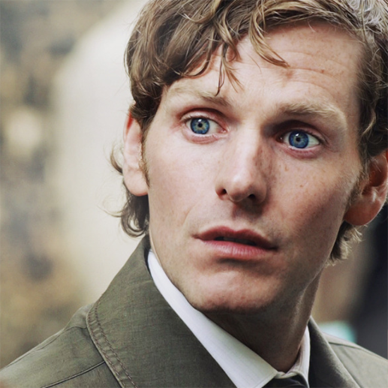 Some years ago a student of mine asked if we could use the ‘Inspector Morse’ series of tv movies as part of the material for his course, and I was happy to go along with that. After he had finished with the box set of 33 episodes he gave them to me and I watched them over the next year or so. I think there were only 3 out of the 33 that were less than interesting and although they tended towards the formulaic, the formula was usually a winning one, especially if you remembered that everything was connected to opera, and classical music more generally, and especially that the love(s) of Morse’s life who suddenly reappeared after a period of years were odds-on to be married to someone Morse considered inferior, and was more than once responsible for the murder(s) Morse was investigating. Morse was doomed to be forever less successful in love than he was with the Times crossword.

Times have changed in the police, in television and on the internet, and now, some years after Thaw/Morse’s death, we have the ‘prequel’ called ‘Endeavour’, Morse’s ‘Christian’ name, long kept secret from everyone and only revealed to the public in the final episode when he was on his deathbed and embarrassment was the least of his worries. Endeavour is a series, now in its eighth season, about Morse’s beginnings as a lowly Detective Constable serving in the Oxford Police force, and it’s clear from the get-go that Morse’s adult idiosyncrasies were already in evidence even way back in his early post-probationary period. Whenever he was asked what his first name was he always responded with ‘Inspector’.

Endeavour —in Spain, at least— is shown on a streaming platform called ‘Filmin’ and, so far, seven seasons can be watched, theoretically non-stop, as long as one has an internet connection. ‘Bingeworthy’, I think the term is for programmes like this. ‘Inspector Morse’ also produced an earlier spin-off whereby Morse’s long-suffering ‘bagman’ Lewis gets to be the boss and I think there nine seasons of ‘Lewis’, none of which I have watched. Kevin Whately, who played ‘Robbie’ Lewis in his own series and before that in Inspector Morse, therefore retired the role of Lewis after almost 30 years in the saddle. That’s gotta hurt.

Many films and tv programmes have in-jokes and one related to Endeavour is that John Thaw, who played Morse in the original series, had a child by his first wife, Sally Alexander, a renowned historian and feminist, that child being a daughter called Abigail who appears frequently in Endeavour. Abigail Thaw’s own daughter, Molly-Mae Whitmey, plays the part of Sally Alexander (her own real-life grandmother) in Season 7 of Endeavour, and so the real-life mother and daughter (Thaw and Whitmey, respectively) are playing the reversed parts of daughter and mother; or perhaps it’s simpler to say that Abigail Thaw is directing her lines to her daughter Molly-Mae Whitmey but Thaw is talking not to the character of her daughter but to the character of her own mother.

Abigail Thaw plays the part of journalist Dorothea Frazil and ‘Frazil’ ice, in case you (like me) didn’t get the reference, is, according to Wikipedia, a collection of loose, randomly oriented, plate or discoid ice crystals formed in super-cooled turbulent water, therefore the opposite of the verb ‘to thaw’. It may be a little tasteless to mention, but S04E04 also has Miss Frazil fluttering her eyelashes at Morse who is, of course oblivious to her potentially sexual advances. This is just as well, because hypothetically, she would, if her luck were in, be getting involved sexually with the character played elsewhere by her real-life father. A little messy, I think. S04E04 also includes an interview with a cinema ‘Cigarette Girl’ whose name is given as Betty Persky, which is as close as dammit (is to swearing) to Betty Perske, the birth name of Lauren Bacall.

Dorothea Frazil is not the only ‘Miss’ in the series. All young, or obviously unmarried or widowed, women are ‘Miss’ by default, although occasionally —this being Oxford, after all— Morse and Thursday are corrected by a young woman, who insists that the appropriate form of address for her is ‘Doctor’. ‘Miss Thursday’, better known to everyone else in Oxford as Joan Thursday, is the daughter of Morse’s boss, Inspector Fred Thursday. Joan remains ‘Miss Thursday’ for Morse even after he has proposed marriage to her. The day Morse calls her ‘Joan’ I shall probably keel over from over-excitement.

Perhaps the most famous in-joke in Endeavour is when Inspector Thursday asks Morse where he sees himself in 20 years. He looks in the Jag’s rear view mirror and the eyes of John Thaw, his future self, are shown in the reflection. And to (almost) round it off —there may be more surprises to come; I’m only on season 4— John Thaw’s second wife, actress Sheila Hancock, also has a part in season 4, episode 4, or ‘S04E04’ as we bingers say, but she doesn’t appear in any scenes with her step-daughter.

Finally, in S04E04 when a woman is being questioned about her whereabouts, she mentions a visit to the cinema and Morse asks her, “Which film?” She replies ‘the one about a borstal boy who becomes a runner’, and that, of course, refers to “The Loneliness of the Long Distance Runner”, a film based on the novel by Alan Sillitoe and which stars Tom Courtney as the runner but also includes an early screen appearance of a 20-year-old John Thaw. This is mentioned in the first line of ‘staggers and the jags’ post, thus completing the circle. For now…

The soldier who saw everything twice.