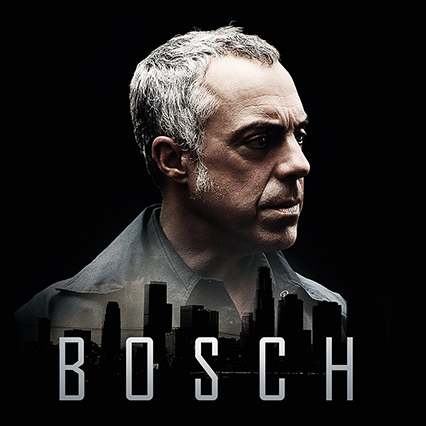 I have *recently finished reading the story of the Tate-LaBianca murders, ‘Helter Skelter’ by Vincent Bugliosi & Curt Gentry, and the overwhelming impression that drips off every page is that it was written with the exclusive purpose of allowing the prosecutor in the two cases, Vincent Bugliosi, to justify his every move in this extremely long-running legal case as ‘smarter than smart’ and to criticise all the opposing counsel as stupid, prone to poor judgement and/or incapable of providing a good defence for their clients. He also spends a lot of time criticising the Los Angeles Police Department for bungling the investigation of the Sharon Tate murders and although he sometimes complements the other police officers (those investigating the LaBianca killings) for their fine work he generally complements them in order to contrast the poor quality of work carried out by the Tate case detectives.

In other words, he damns one set of police officers by praising the work of others, while all the time glorifying himself for his flawless and tireless work.

I am *currently also reading ‘Adults in the Room’, by Yanis Varoufakis, a very interesting account of his battle with what he describes as ‘Europe’s Deep Establishment’, a name which is impressive and catchy but poorly chosen as he seems to spend as much time battling with the US-based International Money Fund (IMF) as he does with the European Central Bank (ECB) and various other European agencies and governments. It’s not an easy read, except maybe for economists, experts in monetary policy, or lovers of mathematical models, but Varoufakis does a decent job of explaining what effects the debt swaps and other fiscal mechanisms would have on Greece.

Once again though, being a first person narrative, it seems the prime objective of such a book, or at least this book, and the one mentioned above, is not to explain from a historical perspective what went wrong for Greece as a result of dirty business carried out behind the closed doors of the monolithic euro-establishment buildings, but to justify, step-by-step and meeting-by-meeting how he never put a foot wrong, how he was never misguided, how he always played fair by Greece, how he was let down by his colleagues, how he was betrayed by Mario, Walter, Jerome and Christine, and others. The only mistakes Varoufakis —and Bugliosi— could be accused of making were due to their excessive trust in the wrong people. Varoufakis was a victim of his own benevolence. He trusted people only for them to betray him. Agreements were reached but the other party changed its mind, or the rules, or the decision, or the strategy, or the spin. All this could be understood to be errors of judgement but they are presented as positive character traits.

I’m not a great one for reading biographies, much less autobiographies, but if this quest for self-glorification and historical justification is par for the course, then I’m heading back to crime novels, where everyone, including the cops, makes mistakes and nobody is too worried about their historical legacy.

Unfortunately, my detour into the darker side of Californian life, the world of Harry Bosch, Michael Connelly’s eponymous (Hieronymus?) hero, was less rewarding and more frustrating than it was last time I spent some time here. Connelly has become another victim of the plague of product placement. Maybe ‘beneficiary’ would be a better word than ‘victim’? Not every page contains a reference to a well-known, and presumably well-paying, brand but certainly almost every chapter does and there are few stretches in the three books I read recently without a reference to a product, be it a café, a mode of transport, a fashion accessory or a restaurant. The books I’m referring to are “The Wrong Side of Goodbye”, “The Late Shift” and “Two Kinds of Truth”. Maybe it’s becoming a universal trend these days but I don’t recall Connelly doing this, or at least to such a noticeable extent, in his previous novels, and I’ve probably read around twenty of them.

There is also a very curious link between the Amazon Prime television series based on Connelly’s Harry Bosch novels. Check out this extract from ‘The Late Shift’, expressing the thoughts of Renee Ballard, Connelly’s latest detective creation, on discovering information on the acting career of one of the victims in a case she’s working.
>>It was all minor stuff, with most of her characters not even having names. “Girl at the Bar” appeared to be her most frequent role. She had played the part in an episode of a television show called ‘Bosch’, which Ballard knew was based on the exploits of a now-retired LAPD detective who had formerly worked at RHD [Robbery, Homicide Division] and the Hollywood detective bureau.<<

Whoa, Nelly! What’s going on here? Connelly is writing a novel about a new detective called Renee Ballard who is investigating a mass killing in which one of the victims is called Cynthia Haddel but who also goes by the stage name of ‘Cinders Haven’. Ballard knew that Haven had played a bit part in an episode of ‘Bosch’, an Amazon Prime television series based around some of the twenty-one Harry Bosch novels.

In other words, Renee Ballard, a fictional detective created by Connelly in the first book of what will possibly become a new series for Connelly, knows that the victim in her case acted in a real-life television series based on a now-retired fictional detective in another series of books also written by Connelly. The Amazon television series based on the Bosch novels, according to the fictional detective Renee Ballard –who is a ‘stablemate’ of Harry Bosch– is filmed in the real-life police station where she, fictionally speaking, works. The high price the Police Department received for allowing Amazon to do their filming in authentic premises allows the police station staff to hold their fictional Christmas party at the real-life high-price W hotel. All this jumping in and out of fiction and real-life just to allow Connelly to get a plug in for the W hotel group?

In another of Bosch’s cases, in ‘The Wrong Side of Goodbye’, the victim is a barista at a Starbucks coffee bar, which gives Connelly the opportunity to mention the name of the chain 16 times. One imagines major satisfaction on the corporate face of Starbucks. Also happy, one assumes, is Fiat Chrysler Automobiles, manufacturers of the Jeep Cherokee, which gets more than a dozen mentions in Connelly’s novel.

While Ballard is investigating the murder of the barista, I understand and accept the need to mention her victim’s place of work, but in the latest Bosch novels, references to Starbucks creep into the text even when the action is unrelated to the barista, as in: “Now at his desk he slipped the iced latte he had picked up at Starbucks and started wading through the messages”, or Bosch talking to his half-brother Mickey Haller about where to meet. “Where are you?” “In the car,” Haller said. “The Starbucks in Chinatown, parked under the dragons.” Other products mentioned include the following: Nespresso, In-N-Out, Tommy Bahama shirts, Converse trainers, Linked-In, Hertz, Thomas Brothers maps, Poquito Más, Zippo lighters, Art’s Deli, Google Maps and Wikipedia. I stopped making notes and counting at this point but I’m sure there are many, many more. Starbucks and Jeep Cherokee are the most mentioned, apart from Amazon.

‘The Dancers’ is the club where a mass shooting takes place in ‘The Late Show’, but for many (of us) lovers of crime fiction, ‘The Dancers’ will forever be the bar where Philip Marlowe met a drunken Terry Lennox for the first time, in the opening sentence of ‘The Long Goodbye’ which is, in my view, Chandler’s finest novel. First-person narrator Marlowe mentions many brand names in his novels but they almost always refer to guns or cars, and are absolutely crucial to the narrative. Chandler would never have stooped to mentioning brand names for cash, but then again, that was then and this is now. Bosch and Marlowe are similar in that they are both honest and morally sound detectives and I guess Connelly’s idea of mentioning ‘The Dancers’ in ‘The Late Show’ was to pay homage to Chandler. Nevertheless, if he wants to get out of the long shadow of Raymond Chandler, he could do worse than drop the brand names and stick to earning money from his novels and his television spin-offs.