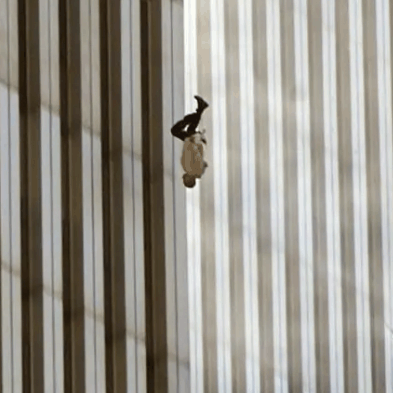 I am no stranger to falling. I have fallen many times, countless times, but I have always managed to get up, eventually.

I have landed in the mud, on the concrete pavement, on the cold, hard ground, on the floor of the gym, in a body of water, sometimes onto a cushion and occasionally onto and into a bed. In all this falling I have never once been even remotely close (remotely close?) to matching the feat performed by millionaire Mr Ehsan Abdulaziz, who had the softest landing of all. He landed inside a woman’s vagina. Giving evidence at his trial for rape at Southwark Crown Court, Mr Abdulaziz claimed he tripped accidentally and penetrated a young, 18-year-old woman who unluckily for her found herself between Mr A and the sofa in his flat in Maida Vail. Lucky break for him, you may be thinking, but quite a rude awakening for the unlucky woman sleeping on said sofa.

He claims his penis might have been poking out of his underwear when he fell onto/into the teenager – who notices these things, right? I am not sure if this kind of landing has happened before and don’t know where to check it out, but I would risk a small wager that this is not an everyday, or even common occurrence.  Pretty rare, if not incredibly unlikely, I’d say, and if I were a judge I’d be hard put to keep a straight face when presented with this explanation for such behaviour. Nevertheless, the judge, Mr Martin Griffiths, apparently accepted that Mr Abdulaziz acted in good faith and the jury needed no more than 30 minutes to acquit Mr A, who was also allowed to give his evidence in private, presumably to keep the titters out of the courtroom. Did I mention that he was a millionaire, and a man? Perfectly irrelevant in a rape case, of course.

Mr A’s semen and therefore his DNA were found inside the young woman, and Mr A’s explanation for that was that he possibly had the/his semen on his hands (plural) because of his earlier sexual activity with the 24-year-old friend of the woman on the sofa. Colour me cynical, but either that’s a massive vagina or he has tiny hands and a tiny penis because to accidentally fall inside a vagina with a penis and two hands suggests something other than normal anatomical dimensions. Had he really fallen, accidentally, into the woman, a normal reaction would be to beg her pardon, blush, and make a discreet exit. Instead, it seems that he lingered long enough for his DNA to make its way inside her.

Mr A was treated very kindly by the male judge and jury – did I mention that he was a millionaire, and a man? – but one shudders to think what could have happened if it had not been a nubile 18-year-old but a Doberman or a Rottweiler that was sleeping peacefully on the sofa, dreaming its meadowy, rabbit-chasing dreams. Mr A was acquitted of rape and got away with his reputation intact, but had it been a dog, he may have ended up less intact than before the fall.

Afterword: I have recently watched, and enjoyed, Seven Seconds on Netflix, and the theme music was not, as one might expect, by Youssou N’Dour featuring Neneh Cherry, but by Michael Kiwanuka, from his excellent Love and Hate album. One of the tracks is called Falling. Here it is.