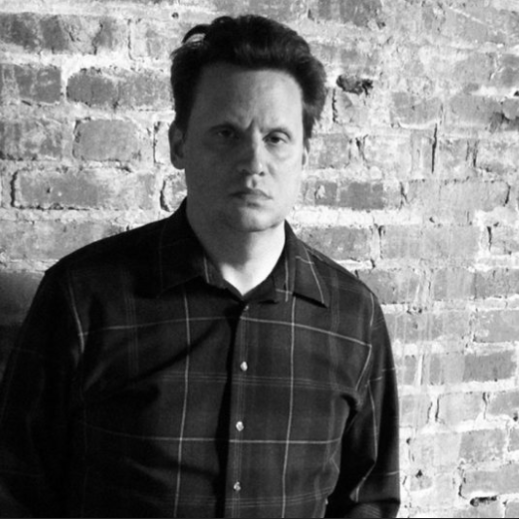 One cool early evening in mid-October, 2014, I found myself in Barcelona’s Gràcia district, more precisely in a queue outside the bar/concert venue called Heliogàbal, waiting to see the first of two concerts due to take place there that night, early- and late-evening solo performances by Mark Kozelek, whose music I liked very much. Kozelek was formerly the leader of the band Red House Painters and he occasionally tours and records using his own name and also under the name of Sun Kil Moon, but I will refer to him as ‘Kozelek’ in what follows.

For 20 minutes I wasn’t so much in the queue; I was the entire queue. I had arrived very early because I knew the venue was very small and didn’t want to miss out on a good spot. I had also read that on this promotion tour for the Benji album, released earlier that year, Kozelek was accompanying his voice only with acoustic guitar and I didn’t want to be far from the stage. For both reasons, I had arrived early; so early that the shutters were not yet raised and I had to assure myself by the house numbers that I was queuing in the right place, as there was no sign that so indicated.

After 15 minutes I was still alone outside the club and the lack of activity led me to remember that many years previously, I had encouraged some friends from my home town to travel to Wembley Stadium, a journey of some 250 miles, to see a concert by the band Santana. I think in the end there were five people who took the midnight train from Bangor, arriving in London Euston around 5 in the morning. We were obviously in plenty of time so we had a ‘Full English’ breakfast and made our leisurely way up to Wembley Park.

As it turned out, the gig had been cancelled weeks or even months beforehand and so there we were, 5 Bangor lads in London with a cancelled concert and no Plan B. Feeling a little responsible, well, being totally responsible in fact, I decided to buy a copy of Time Out and see what else London had to offer. It wasn’t an easy sell but I persuaded them that we should go to the King’s Road to see The Rocky Horror Show. They hadn’t a clue what this was and most (of us) had never been inside a theatre but they all thought, well, we’re here now so let’s make the best of it. We traipsed back downtown, had a few drinks and some food and made our way to Chelsea. It was a wonderful evening’s entertainment and I was forgiven for taking the lads on a five-hundred-mile wild goose chase, but only because the story had a happy ending.

All this crossed my mind while I was waiting for Heliogàbal to open, and eventually a group of 8 or so people turned up and asked me if I was waiting for the concert. I said I was and they seemed relieved. From their language they were obviously Catalans but equally obviously not from Barcelona but they had braved the drizzly October weather in order to see Mark Kozelek. When the shutters finally went up and we were allowed to enter, I quickly saw how small the room was and decide to take pole position. The stage was tiny, maybe 4 yards wide and 2 yards deep and on the stage was a single chair, a microphone stand and his guitar stand, holding a nylon-stringed acoustic guitar. It was immediately clear from the placing of these props where Kozelek was going to sit and so I quickly chose the left-most seat in the front row. In fact, I think there were only 3 or 4 rows of about 8 chairs each and even had I arrived late I would still have had a good view. I took off my jacket and hung it over my chair to keep my place and went to buy myself some beer.

Also left hanging over the back of the chair was my bag and inside this bag was a present that I was planning to give to Kozelek. I had read plenty of stuff about Kozelek and heard lots of his music, enough to know that two constants in his early, and future, music were the travails of travelling – “Thanks for the hassle, Korean Air” – and his love of watching boxing, either live or on television. Sun Kil Moon is derived from the name of a Korean Boxer Moon Sung-kil and many of his songs, including ‘Salvador Sánchez’, ‘Pancho Villa’, and ‘Duk Koo Kim’ are named after boxers, and his live album ‘Find Me, Ruben Olivares’, is a reference to the great Mexican bantamweight. The song ‘Glenn Tipton’ also mentions Cassius Clay and Sonny Liston. I thought the combination of long, transatlantic flights and a collection of journalistic portraits collected in a single volume called “The Gay Talese Reader: portraits and encounters.” might be appreciated, especially as the book contains long-form articles on former world boxing champions Joe Louis, Mohammad Ali and Floyd Patterson. I was soon to move house I had given away a lot of books to friends, public libraries and in one case, to a coffee-shop which sold second-hand books. I gave the owners of the coffee shop around 50 books and they paid me with a double expresso and a brownie, which was fine by me. I needed the space.

Kozelek took the stage carrying only a plastic bottle of water. He gave his guitar a final retuning and drank some water to lubricate his throat in preparation for the show and then looked down at where to put his bottle. The nearest spot was the table my beer was on – we were that close – and he looked at me as if to say “do you mind if I share your table?” and of course I nonchalantly indicated that it was no problem. He leaned forward, put down his bottle and the show began.

The tour (USA; Scandinavia, and some south-European countries) was to promote the Benji album but he started off with a couple of acoustic tracks from Admiral Fell Promises, from 2010, also an acoustic, nylon-stringed album. Kozelek isn’t a great communicator and didn’t give the audience the name of the songs he was about to do or had just done, but he did mumble a few words here and there to the audience and it was clear to me from their faces that his accent was too difficult for them to understand much of what he said. Given the small crowd, the barman wasn’t too busy but he was pretty noisy and a couple of times Kozelek stopped to ask him not to make so much noise with the glasses, which were indeed tinkling a lot. Maybe this explains the bad mood which was coming over Kozelek like a black cloud as the show continued.

He played a song which I knew was from a recent album and it got a big hand from the small audience. Kozelek lightened up momentarily and he asked, probably ironically, for requests. Unfortunately, one of the people I’d spoken to outside requested “Tavoris Cloud” and Kozelek sneered at him: “You fuckin’ retard! That’s the song I just played!” He bowed his head over the guitar, checked his tuning and played the next couple of songs in a pretty flat, unemotional way. He then picked out the guy in the audience, shook his head and muttered ‘retard’ once again. There were other words which even my proximity didn’t allow me to catch but they were clearly not complementary and the guy and his friends were very uncomfortable. I was amazed that they didn’t walk out right away. I would have, had the words been directed at me.

Kozelek then started to play the intro from one of my favourite songs, ‘Half Moon Bay’, which has an easily identifiable introductory melody. He noodled around for a few seconds and asked ‘What song am I going to play now?’ and when no one answered he seemed disappointed. He looked at me and shrugged his shoulders, daring me to answer. “Half Moon Bay” I mouthed silently to him. He smiled and moved into the song, and sang it beautifully. Throughout the set there was a marked contrast between the slow, gentle excellently-played songs on the Admiral Fell Promises album and his solo versions of the material from his collaboration with Jimmy LaValle on the wonderful Perils From the Sea album, from 2013, and the aggressive feel of the Benji tracks, many of which deal with death, a recurring element in Kozelek’s discography, and so the show was a mixture of the tender and the raw. All in all I enjoyed the music, especially the older material, and I have to confess that Benji is the album of his that I now listen to least, if at all, possibly because of the songs but maybe, also, because of the aggressive, abusive treatment of some people who had made their way into Barcelona on a cool autumn evening to see a concert by someone they admired, only to be referred to as ‘retards’ and ‘friends of retards’.

During the performance he had bitched about being almost 47 years old and the aches and pains that being that age bring when you have to travel a lot; basically he sang beautifully and whined mercilessly. The concert ended and I spoke briefly to Kozelek at the bar – he was berating the barman again – and so I thanked him for the concert and said goodnight. The book remained in my bag and I walked home with it. He didn’t deserve a present from me, not based on his behaviour that night. Recently I have been putting together some mixes of my favourite songs on Mixcloud and I included Kozelek’s song *Gustavo, still one of the most beautiful songs I have ever heard. It’s hard to reconcile the singer/writer of that lovely song with the grumpy bastard who shared my drinks table that night in October 2014.

A companion piece about the song Gustavo can be found here