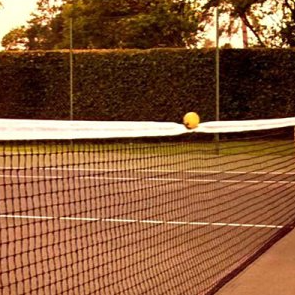 Màrius Carol i Pañella *is a Catalan journalist, prize-winning novelist and for the last 2 years he has been the editor of leading Barcelona newspaper La Vanguardia, where he’s worked since 1988. This position allows him to write the daily leader in which he frequently draws on his wide knowledge of literature, politics and culture in order to find examples of similarities with present events and metaphors which illuminate his perceptive and entertaining opinions. At the end of 2015 he commented on the then-unresolved problem of the formation of a new Catalan government in the wake of the complicated election results of that November, and especially the extremely suspiciously 1,515 (pro) to 1,515 (contra) vote of the members of the CUP, the party holding the important cards in the fight to achieve a majority in parliament. He began his column by drawing a parallel with Woody Allen’s film ‘Match Point’. Here in Catalonia the concept of ‘match point’, or more frequently ‘match ball’, usually spelled ‘matx ball’, is correctly used in many situations, but that day Màrius (and Woody Allen) got it wrong.

Carol writes, and I quote:

“Chris Wilton, the character played by Jonathan Rhys Meyers in ‘Match’ (sic) says at the end of the film: “It’s scary to think so much is out of one’s control; there are moments in a match when the ball hits the top of the net, and for a split second it can either go forward … or fall back. With a little luck it goes forward, and you win. Or maybe it doesn’t… and you lose”.

Actually Rhys Meyers’ character says this at the very beginning of the film rather than at the end but let’s let that error go; we have bigger fish to fry. The political situation in Catalonia was certainly balancing on a knife-edge and the metaphor seemed to be well-chosen but it is, in fact, based on an erroneous reading of the concept. Carol quotes from the film “With a little luck it [the ball] goes forward, and you win. Or maybe it doesn’t… and you lose” and he goes on to say that ‘what Wilton cannot imagine is that the ball could stay on top of the net, perfectly balanced. So what happens? The rules of tennis do not foresee this situation because it is impossible. That would enter the realm of magic, but not the realm of sport.”

Unfortunately for Carol, his metaphor is equally impossible. For example, in tennis one always has to win by at least two points –when leading ‘40-0’ a player wins the game if he or she wins the next point. If the score before the winning point is 40-15 or 40-30 the situation is the same, only one more point is required to win the game because there is already at least a one point advantage. But if the game is equal –40-40, or ‘deuce’– then a player needs to win two consecutive points in order to win the game. If s/he wins only one, then the score returns to deuce and two more consecutive points are needed once again.

In other words, if the scoreboard shows ‘Advantage’ (a one-point advantage) to player A, and A wins the next point, player A wins that game – and possibly the set and the match. But if A loses the following point the scoreboard returns to deuce. Under no circumstance can A lose the match in this situation if s/he loses the point. The only possibilities are to win or to return to deuce; there is no ‘life or death’ moment in tennis.

The same thing happens in football; there is **no moment when you win if a goal is scored and you lose if a goal is not scored. If team ‘B’ has already scored more goals than its opponent (team ‘C’) it makes absolutely no difference if the ball enters the net or not. If it goes in, the advantage is increased, but if the attempt is unsuccessful, no problem; team B still maintains its previous advantage. Given the symmetry of the game, this situation obviously applies equally if C is leading and has a goal attempt. Even if the teams are level, with an equal number of goals scored, we still have no ‘match ball’ situation. If the attempt is successful and a goal is scored, then the team which scored will win the match (as long as there are no more goals scored) but if the team fails to score it does not lose the match – the result is still a draw.

In contrast, in basketball we do indeed have an authentic ‘match ball’ situation because in basketball it is possible to score one, two or three points (in tennis and football it is only possible to score one point or one goal in a single play). If a basketball team is losing by a single point in the final play of the match and one of their players attempts a two- or three-point throw, if the ball enters the net, that team wins. If the ball doesn’t enter the hoop, that team loses. The great difference here is the possibility in basketball (and rugby too, for that matter) to score more than one point in a single play. The problem is that Woody Allen wanted to make a film about tennis and unfortunately for him, and for Carol, the ‘match ball’ situation alluded to belongs to “the realm of magic, and not the realm of sport”, or at least not to the noble sport of tennis.

**I should clarify that ‘no moment’ refers to the standard, approximately 90-minute-long match. In two-leg cup matches, an away goal counts double in the event of a drawn aggregate score so a team which is losing on aggregate can win if they score a goal which counts double, and they lose if they fail to score. For example, team A plays team B and the result in the first leg (at team A’s ground) is 1-1. The second match, at team B’s ground, is looking like a victory for team B as they are leading 2-1. If no further goal is scored, team B wins on 3-2 on aggregate. However, if team A scores once more – making the result of the second leg a 2-2 draw – then the aggregate score would be 3-3, and as team A scored two goals in the away leg, and team B only scored one goal in their away leg, team A would go through to the next round of the cup on the basis of ‘away goals count double’ in the event of a draw.

The staggers and the jags