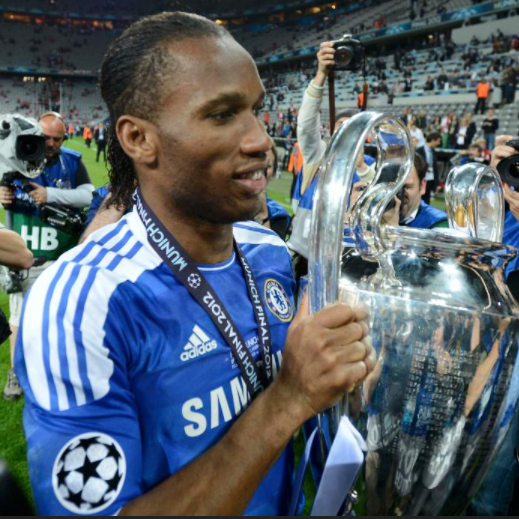 I have waited a long time for this and it’s not been easy, especially living in Barcelona and bearing in mind the number of matches that Chelsea and F.C. Barcelona have been involved in over the last 8 years or so. Finally, in a season when they (we, Chelsea) finished around 25 points behind the Premier League winners and survived penalties in the semi-final and in extra-time of the final; in a season in which we switched managers mid-stream, in a season where our most expensive signing turned out to be only marginally better than Gary Birtles, in a season when it seemed anyone could beat us (and many did), finally the luck started rolling our way and with generous help of Didier Drogba in key moments, we were able to claim an F.A. Cup and Champions League double. Well Done lads. It wasn’t pretty; it wasn’t exciting but it was effective. I would have preferred a sparkling performance, but given all the stuff mentioned above, I will settle for the victory, even a scrappy one.

In years to come nobody will remember how we won it, just that our name is on the list of all-time great European football clubs, up there with Aston Villa and Notts Forest. Now, please get shot of John Terry. No room for (alleged) racists in football, and especially at one I have supported through thick and thin since I was in primary school.